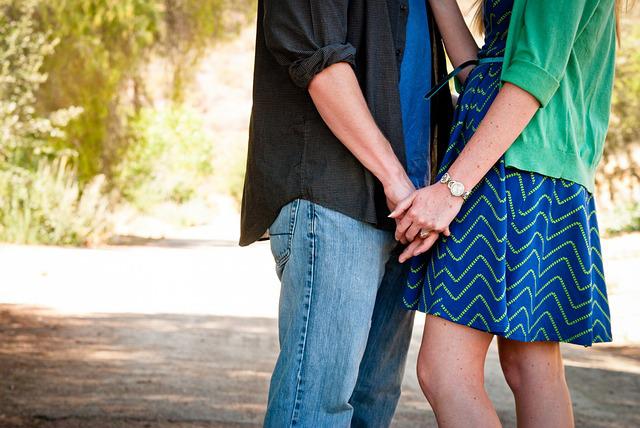 Considering the fact that there are lots of Dating sites in the UK, we had to do a filtered list of just the best Free Datings Sites in UK, their website URL, App, and the features you could expect from these sites

The rapid strides in digitalization have taken many aspects of human life and endeavors online, and this does not leave out ‘love-life’, alias dating.

For people in the United Kingdom, who are deeply in search of love and companionship, here is a list of online dating sites that are totally free for you to choose from, and are based on the following categories:

Match.com is the most popular and widely used dating website in the world generally, and in the UK specifically, with over 3 million users, and an active membership base in 24 countries.

Match.com is popular because it has been around longer than any other dating platform.

The dating site has made over 1.6 million people in the UK meet and become partners.

Dating profiles on Match.com are quite extensive because a lot of information has to be provided besides photos so that other users can find your profile through criteria search.

Preferences can be made by users based on height or body type, so as to allow matching to be done based on specifications.

Membership on match is free, but to be able to send and receive messages, you must become a paid subscriber.

Tinder has come to be in strong rivalry with Match, since its inception in 2012.

Its popularity has increased with over 2 billion views a day and an arrangement of over 1 million dates per week. This sums up to over 30 billion matches worldwide.

It has a  ‘swiping-based’ marching system and a registration process that is very simple, with the option of signing up via Facebook or a text message sent to your phone.

Among one of the best dating apps, Bumble is not just a female-friendly app, but it gives women the power to decide who they like and to make the first move.

Once a match is made between two people, they both have 24 hours to initiate contact; if they don’t, the person disappears from their list of matches.

The Bumble platform can be accessed via desktop, iOS, and Android. Users can also log in through Facebook or by providing their phone numbers, a photo, and some basic information about themselves.

Dating profiles on Bumble do not give out much information, but users can fix up a video call and find out more from their matches ‘face-to-face’  before meeting up.

So if you are looking to catch up or hook up with someone who completes your chemistry, Bumble is more than just a suggestion!

eHarmony is unarguably one of the best dating apps in the UK  with over 5 million users.

eHarmony’s targeted audience is straight men and women between ages 35 and 55, looking for real relationships.

The registration process on eHarmony does not cost anything, but to gain access to advanced features, you need to pay a monthly fee of £9.95 for membership.

Creating a profile involves, entering your basic information, taking a few tests, uploading a few pictures, and you can proceed to browse your matches.

Other features on eHarmony include a 29-dimension personality quiz to determine long-term compatibility, a free plan to get unlimited matches, sending and receiving smiles, greetings, and icebreakers.

Happn brings about a whole new prospect to dating for Blacks in the UK, by creating ideal mutual matches.

It is a dating app that is  ‘location-based’ and connects people through a fast-paced and intelligent matching game.

OurTime is specifically designed to allow senior citizens over 50 years of age to meet with someone in real life.

It has over 3 million members in the UK and creates a platform that organizes events for meet-ups,  for people who share similar interests.

In cases where a user is shy, he or she can bring a friend along for support.

Despite the challenges of being divorced, and widowed, OurTime brings back some excitement into the lives of the elderly.

The Guardian Soulmates draws from newspaper readership that is designed for an ‘old-fashioned’ group of singles.

The dating app offers about 80% of its members, who are also readers of ‘The Guardian’, discounted rates on  their newspaper subscription when they sign up.

The app is specifically for people who are continually on the path of enlightenment, and are also open to meeting like-minded individuals like them.

Christianmingle prides itself with the title of “the world’s leading Christian dating site”.

It is made for singles seeking a ‘God-centered’ and morally upright relationship.

The app allows people from various religious beliefs to join,  but it streamlines dating to be within the Christian community.

Parship is one of the completely free dating sites in the United Kingdom with no sign-up, and designed to unite singles who are in search of long-term relationships.

It requires the user to create a comprehensive account, such that, the matching algorithm does not have any difficulty finding the best match.

Parship offers the option of private browsing, for people who want to be discreet in their dealings.

It has over 23,000 new members signing up each week, and it is an ideal app for  people who take settling down seriously.

Badoo presents the options of going on a casual date, starting a serious relationship or embarking on an open-minded journey to unlocking hidden fetishes.

It runs a swipe function and also makes it possible to connect with other people via live video chats.

The  profile update is made up of  basic personal informations about the user, and  notifications pop up when someone likes or messages, which may have an overwhelming effect on many users.

Hinge is among the free dating apps that has come to be outstanding in the world of dating.

Unlike other apps, Hinge shows you everyone that likes your profile, so you can choose whether to match or not.

A suggestion of which match  would be most compatible is given to you, and you can like and comment on people’s photos and prompts.

Just like OurTime, SilverSingles is one of the free dating apps that focuses on singles who are over 50 years of age in the UK.

The app helps users meet new friends, date casually, or even find soulmates, depending on what the user is searching for.

For those who have their minds set on trying out online dating, there are a lot of apps and sites available for you to choose from – with flashy features and customization handed down to you, and you don’t even have to pay for them!

Before settling for  one platform, be sure to have considered the top 16 free dating apps and sites for UK singles to arrive at which one offers the best services.

Take your time, the goal is to cruise around and stay safe in the process! 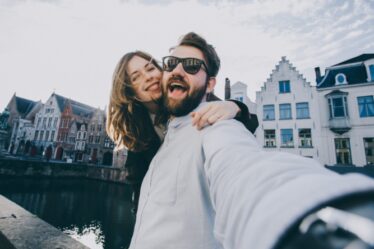