My Husband and I are Separated and He Is Dating 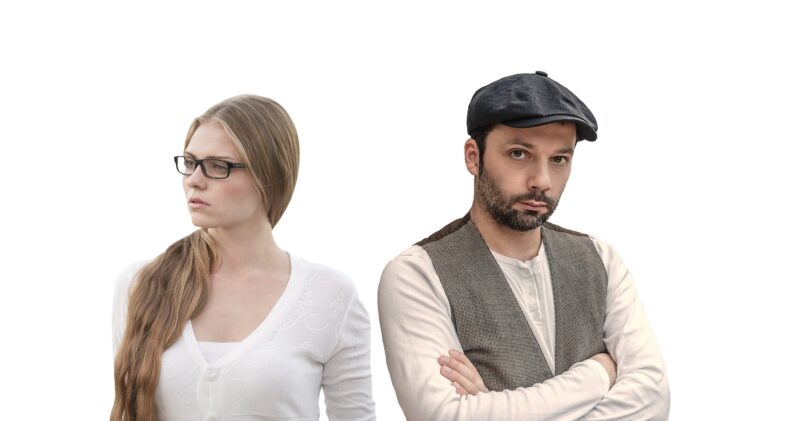 My husband and I are separated and dating is a challenge faced by women in today’s world. It can be challenging to date while separated but not yet divorced. On the one hand, it makes sense to want to date again and leave your marriage. It is perfectly fine as long as you are living apart and following all applicable laws.

But it could have emotional effects that last for years and affect your family’s well-being. Regardless of how long you have been apart, you are still legally married to your spouse if you’re separated and not divorced. Hence, dating while separated comes with lots of things to consider.

Here are some key points regarding dating while separated.

The Nature of the Separation.

Your lifestyle and the advisability of dating while separated will be significantly influenced by the type of separation you are experiencing.

The various sorts of separation must be understood by everyone who is divorced or legally separated from their marriage.

You can decide to live apart while deciding what’s best for your relationship if you and your spouse feel that you need a break.

Choosing between couples counselling and divorce during a trial separation is also up to you.

You can claim to be permanently separated from your spouse if you are cohabitating but don’t want to get a divorce or reconcile.

In some cases, separating from your spouse can impair their property rights.

If both of you decide against reconciling, the debts and assets you both accumulate during the separation time will belong to the spouse who acquired them.

Also, you and your spouse are not liable for any debts that they incur while you are legally separated. And you are not eligible to receive your spouse’s property or income portion.

You can obtain legal separation by submitting a plea in a family court. However, the paperwork is not a substitute for a divorce.

Dating while legally separated does not entitle you to a divorce from your partner or the right to wed the person you are seeing.

Some Risks of Dating During Separation Before Divorce.

Dating when you’re separated and just before being divorced can come with its own set of risks, whether your separation will ultimately result in a divorce or not.

If you decide to have a divorce in writing, dating can be risky if there isn’t a legal separation.

The risks include the following:

To avoid these and many more risks, do not hurry into dating during your separation simply because you find it difficult to be by yourself.

However, if divorce is your path, don’t delay throwing yourself out there because you worry that people will criticize you.

Discuss your partner’s feelings about dating while you’re separated and find a solution, possibly as part of a formal separation agreement.

Tips For Dating While Separated Without Causing a Fuzz.

To decide whether you’re ready to date while separated, date someone who is separated but not divorced, or both, read the following advice on how to make the most of your dating experience.

Clarify everything with your ex.

You’ll need to have some frank conversations with your ex before you think about dating again. What expectations do the two of you have regarding the breakup?

If your ex is hoping for a reconciliation, they won’t appreciate the thought of you dating while you’re still apart.

So, you can’t date until you’re both certain that the relationship is ended and you don’t have any lingering feelings for one another. Even though you might not want to, it wouldn’t be the most honest move to tell your ex about your present dating plans if you haven’t yet obtained a divorce.

Give yourself some time.

It is emotionally taxing to end a marriage because you’re juggling a wide range of emotions in addition to the many practical considerations of living apart from your spouse for the first time in years.

It’s not necessarily a terrible thing to date while separated. But, give yourself some alone time.

To fall in love with yourself once more, you need to recover by investing in occasional weekend getaways or pampering sessions.

Check your readiness to move forward.

Consider whether you are prepared to move on.

You’re not ready for a trial separation relationship if you still want to reunite with your ex or still feel a lot of pain and resentment over the breakup. You must let go of the previous relationship to move on to a new one.

Sometimes it takes longer than anticipated to let go. Allow it to proceed naturally, and take great care of yourself going forward.

You’re prepared to continue your life and begin dating whenever you feel whole and content inside you. Spend some time getting there.

Divorce proceedings might take a very long time to complete. However, if you or your spouse is taking too long to decide on any portion of it, it can mean that one of you isn’t quite ready to let go yet.

You must be prepared to leave your marriage definitively if you want to go on and start dating again.

Though challenging, it is the only reasonable course of action if you and your partner are certain that reconciliation is not feasible.

Watch out for rebounds.

Rebound relationships provide a serious risk. When you’re on the mend, you run the risk of making poor choices or entering relationships with the wrong motives.

After a divorce, it’s common to feel vulnerable and alone, but it shouldn’t be an excuse to jump into a new relationship.

Making the greatest decisions for yourself won’t happen if all you’re searching for is someone to replace the void left by your ex.

It’s a good idea to start dating when separated if you like the person.

Nobody would feel at ease dating a married couple who has separated but hasn’t moved on from their ex.

Additionally, neither of them would want to experience a separation while there are still strong emotional ties.

If you’re prepared to move on, be upfront with your prospective date about your intentions.

Will the fact that you’re divorced turn some folks off?

Yes, it will, in all sincerity.

But the only thing that would be fair for you both would be to learn it early on.

It’s important to establish that your new date is OK with your existing situation and has the right to know that you are still technically married before you start dating while separated.

You don’t have to go into depth about your divorce, but you should let them know that it is proceeding and make it obvious that you have no interest in reconciling with your ex. If your divorce is not yet final, you may want to postpone dating until it is.

Dating when divorced is doable, but only if you’re completely sincere with both yourself and your prospective companion.

Give yourself some time first. Before trying to find a new relationship, let yourself recover and get used to being by yourself.